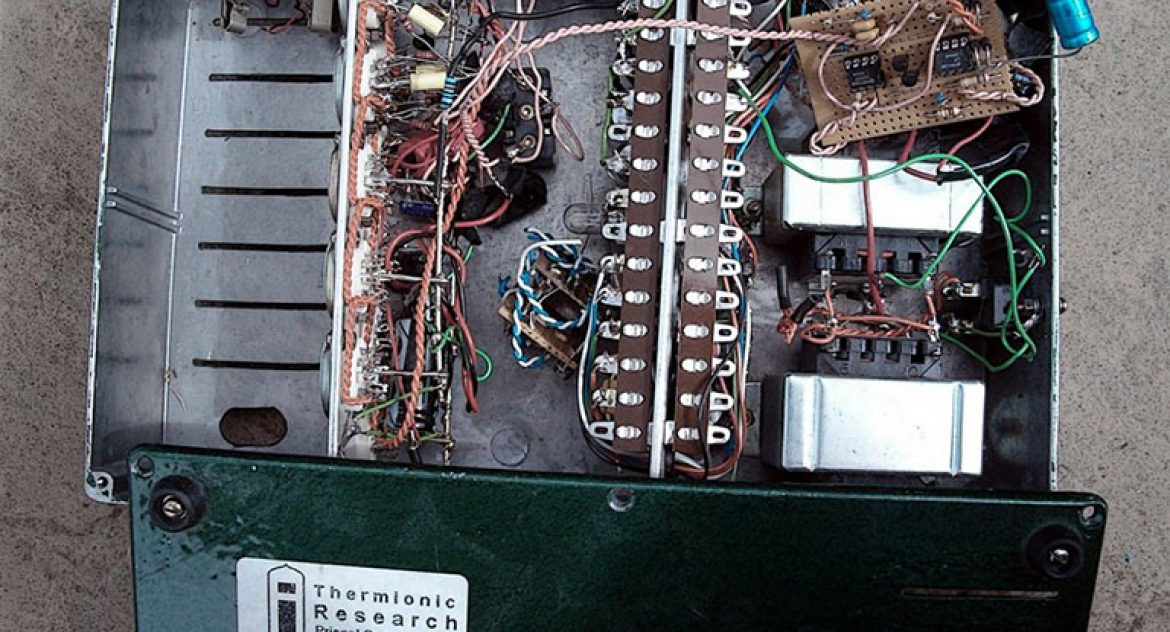 I recently discovered this old photograph of a prototype 8-stage tube phaser effect ‘pedal’ I built using tag-boards back in the the late 1990s. This beast had quite a few tubes in there, including a magic-eye, 5 x 12AT7s and 3 x 12AX7s, more tubes than a Binson Echorec model T7E! The high-voltage transformer was made by a British company called Danbury Electronics. The solid-state circuitry on the veroboard is the prototype triangle wave L.F.O. that eventually found it’s way into the Phaseomatic PM-1 (only 20 of these were made back in 2002). It would be mission impossible to put together in a production environment – it’s certainly not designed for manufacture by any stretch of the imagination!

You can find out more about ‘The Big Green Phasing Machine’ and the ‘Phaseomatic’ here.

Amazing. What happens to this beautifull piece of your early research ?