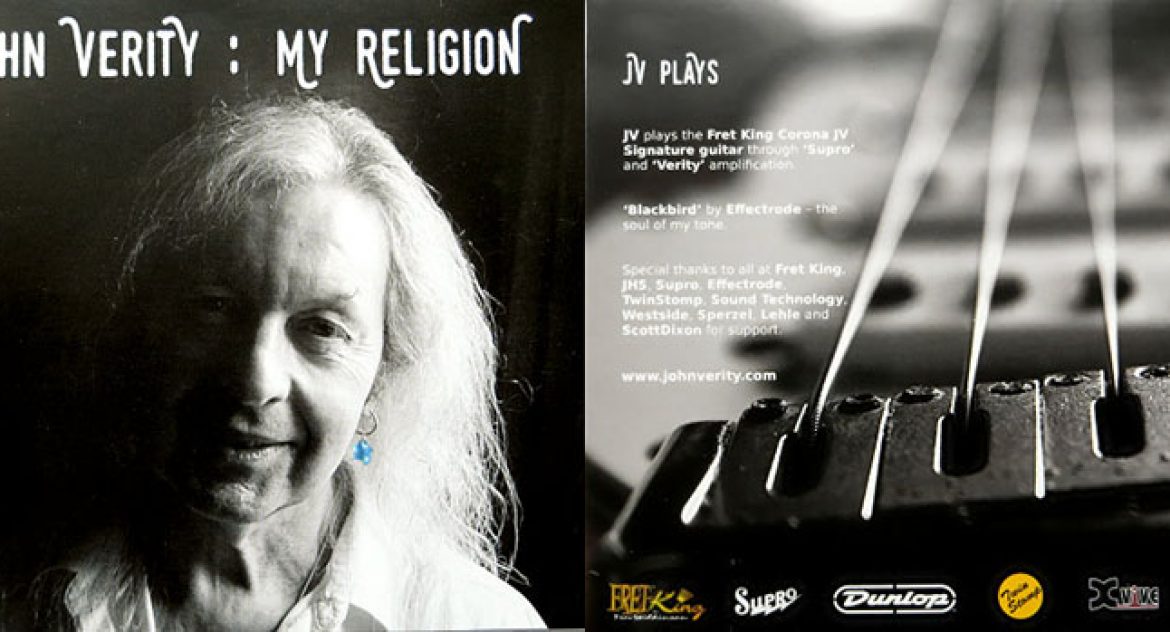 “Quite simply the best thing I’ve done” says John (affectionately known as ‘JV’) when asked about his latest album, My Religion. The CD will be released on March 19th 2016 at an event at Backstage at the Green Hotel, Kinross, Scotland. When you look at the breadth of JV’s career, then this must be something special.

John Verity has supported rock luminaries such as JIMI HENDRIX, JANIS JOPLIN and THE WHO as well as recording with RINGO STARR, KEITH EMERSON, GREG LAKE, THE ZOMBIES and ARGENT. He has recorded and toured constantly with his solo and band projects, playing to sell out venues in the UK and across Europe.

The new album, My Religion, follows the 2015 best seller Tone Hound and uses many of the same crew to create a polished and relevant piece of work. On the 10-track CD, (soon also to be released on Vinyl), JV goes effortlessly from the tongue in cheek title track, through the more measured “Hope for the Best” and blues rocker “The Devil’s Music” to the poignant “Farkhunda” and the ethereal “Oh Why?” via a handful of classic blues tracks taken from JV’s live set. The track-list spans classic blues and original numbers with disparate subjects and sentiments but JV holds them all together with his distinctive soulful blues edge . The result is an album that is perfectly paced, flawlessly produced and beautifully packaged, a testament to JV’s meticulous technique.

It is usual for artistes to declare their latest work their best, but at the very least, this is a definitive album for JV and in time, perhaps a classic.

‘Blackbird‘ by Effectrode – the soul of my tone. – John Verity