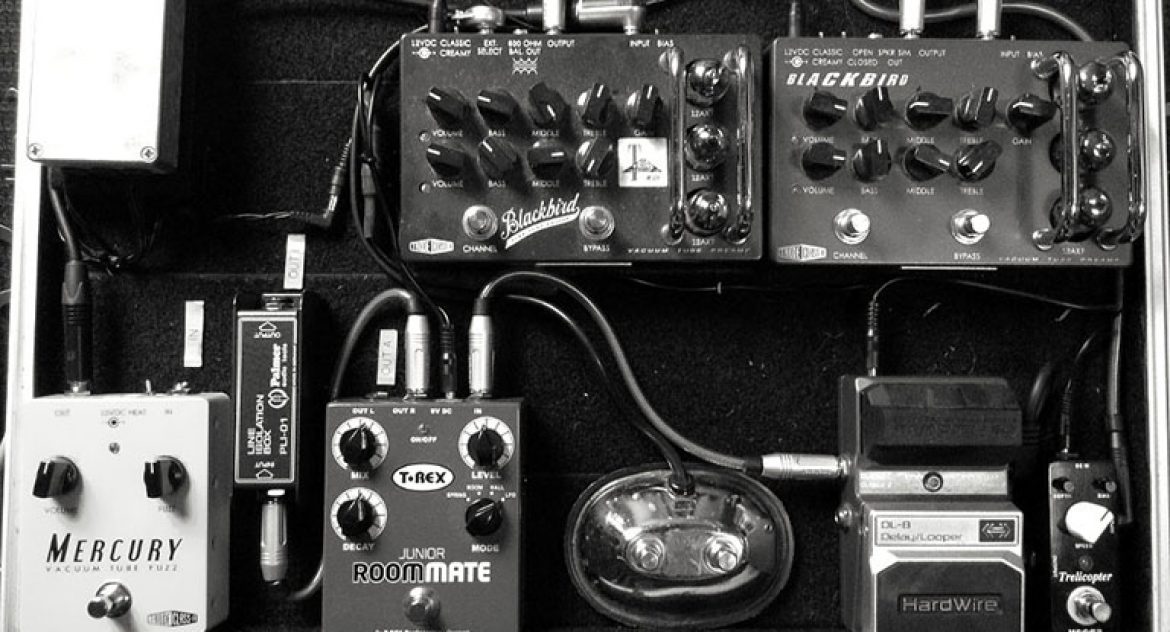 Here’s a nice photo of John Verity’s pedalboard sporting two Blackbird tube preamps and a Mercury tube fuzz – seven tubes in total which is more than are found in most guitar amps! This pedal board in conjunction with his Marshall 1974 tube amps and custom Tayden speaker cabs generates an incredibly rich, smooth, full-bodied tone. John reckons it’s the best guitar sound he’s ever had and after seeing him perform live last year at ‘The Stables’ (Jim Marshall Auditorium) I have to agree – it’a the kind of tone that lets his playing really shine.

You’ll notice the Blackbird pedals have different graphics on the front panel. The lighter coloured Blackbird on the right is the original version with speaker emulation output circuitry (only 100 of these were manufactured) and the darker coloured one to the left with the more stylised logo is the current version with Triad transformer balanced output.

You can see and hear John and his Blackbird pedals in action at his forthcoming gig at ‘The Stables’, Wavendon, Milton Keynes on Saturday at 8:00pm on 4th April 2015. Don’t miss it!