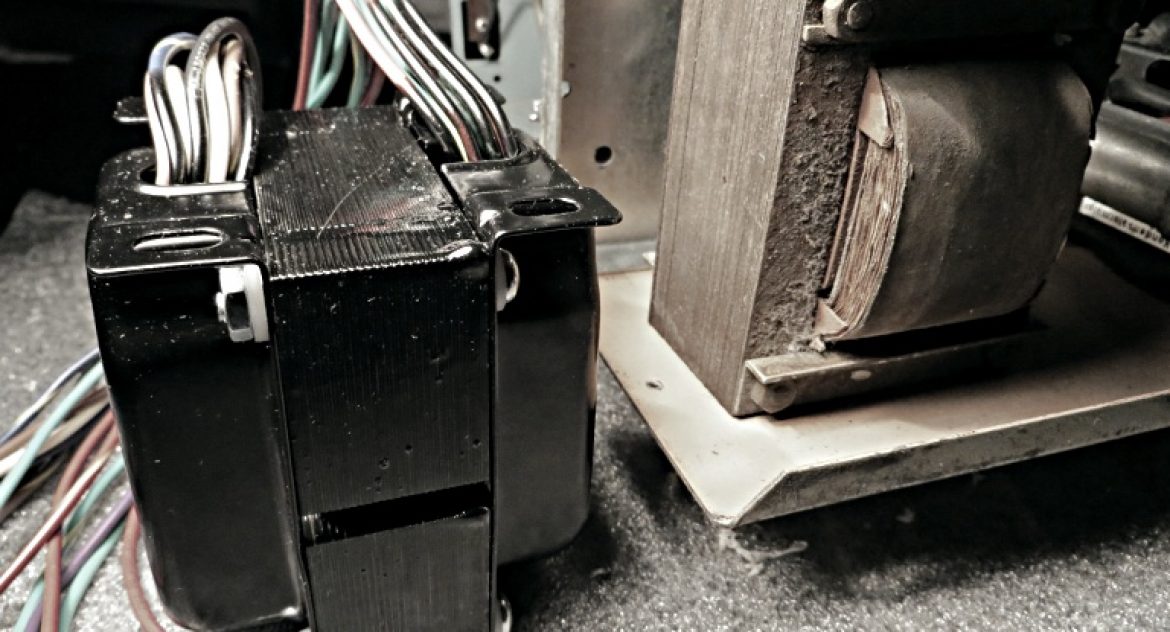 Out with the old and in with the new

Following on from my recent post about that old model B1 Binson Echorec we began restoring a couple of weeks ago, I decided it was time to fire the old girl up and see if there was any life in her. Now, this machine was from Binson’s earlier, pre-sweaty, corrosive wiring days, meaning that after I’d brushed and vacuumed all the dust from the machine’s innards she looked as good as new. A few more inspections and test measurements were made and there seemed no reason not to go for initial power-up. However after being switched on for ten seconds or so the panel lights suddenly dropped to half brightness and I noticed a faint wisp of pale-grey smoke gently drifting upwards from somewhere around the transformer. “I hope it’s not the transformer”, I muttered to myself, but of course it was the transformer. The 6.3VAC heater windings must have shorted out. Pretty much a worst case scenario, the sort of thing you hear stories about from old timers but never think it’s going to happen to you especially when the dealer had sold the machine as working. Caveat emptor.

Transformers are large, expensive components, the most expensive component after the magnetic drum. Not only that, the repair would be a time consuming fix, equivalent to open heart surgery, requiring the machine to be stripped down to gain access to the nuts and bolts securing the transformer in position. Fortunately ‘Hammond’ manufacture a very close match for the original transformer, electrically and physically as shown in the photo above. The mounting points are almost spot-on too, meaning that the existing mounting holes on the chassis can be used (I never drill holes or cut metalwork on vintage gear if possible). Good old Hammond!