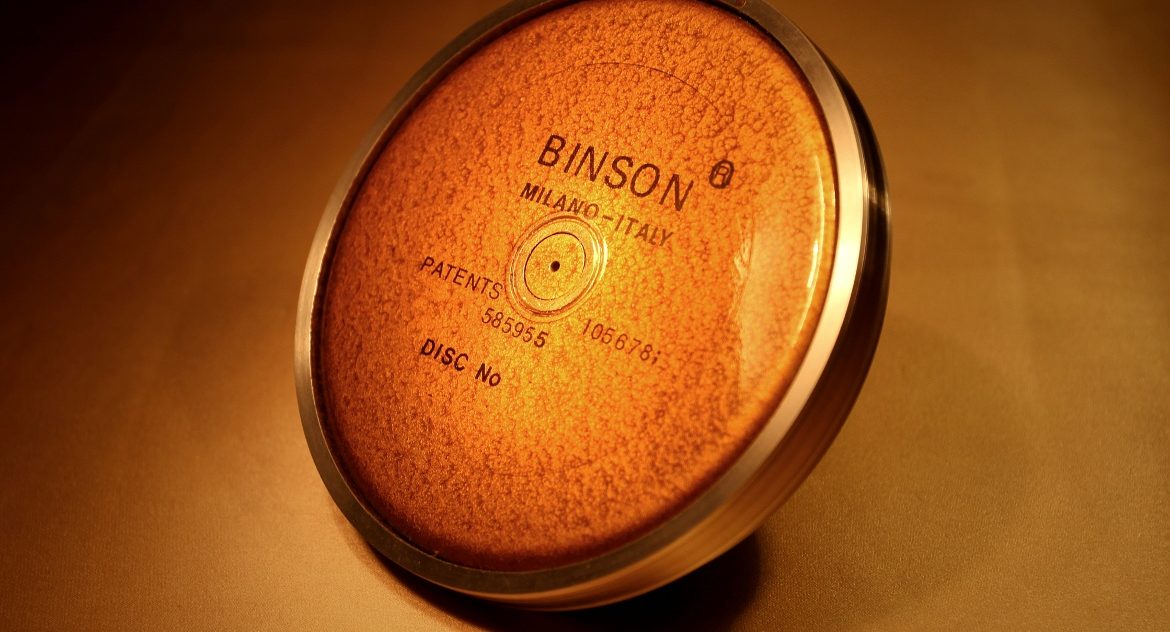 Paying for the beat of a new drum

Or, to put it another way, things you should know when buying a new old stock (N.O.S.) ‘Echorec’ drum. Whether you’re the proud owner of a Binson Echorec or a tech who makes a humble living repairing and servicing these old echo machines you’re undoubtedly more than interested in finding out as much as you can on how to get the best audio performance from your machine and look after your investment too. Yes, investment. There was a time when Echorecs were just tools of the trade, used and loved by musicians and studio engineers, but over the years they’ve also become collectors items too. This is partly because the Echorec is a beautiful example of stylish, vintage Italian engineering, the ‘Ferrari’ of echo effects, and partly it’s association with progressive rock band ‘Pink Floyd’. And perhaps ‘association’ is putting it mildly, it could be argued that the Echorec actually defined the sound of The Floyd at the band’s zenith in the mid to late 1970s.

So Echorec prices have steadily escalated over the years as they’ve become more collectable and this includes the the price of Binson manufactured parts too, such as the magnetic drum. The cost of a used or N.O.S. drum can range from anything between £200 to £600. At that price you want to be sure you’re not going to be lumbered with a dead beat drum, so here are a few key pointers on what to look out for.

1. Make sure the drum is supplied with it’s bearing housing. Binson had the drum/bearing housing assembly manufactured by an automotive company to very fine tolerances. They ship as a matched pear—a drum without a bearing housing is useless.

2. Make a close examination of the drum face at about 100X magnification to check the integrity of the recording wire wrapped around its circumference. The wire can become corroded or damaged if the machine has not been maintained properly and the surface kept lightly oiled.

3. Additionally, check the wire surface is milled flat. A seller may have attempted to rethread the drum with new recording wire. If the Echorec is to perform properly, that is produce hi-fidelity sound, the wire must be milled so that the record/playback heads make good contact with drum face. More importantly, unmilled wire presents an uneven surface to the tape heads resulting in adverse wear and shortening the life of all five heads.

More in-depth technical, servicing and historical information on these fabulous echo machines can be found on our Binson Echorec Pages.