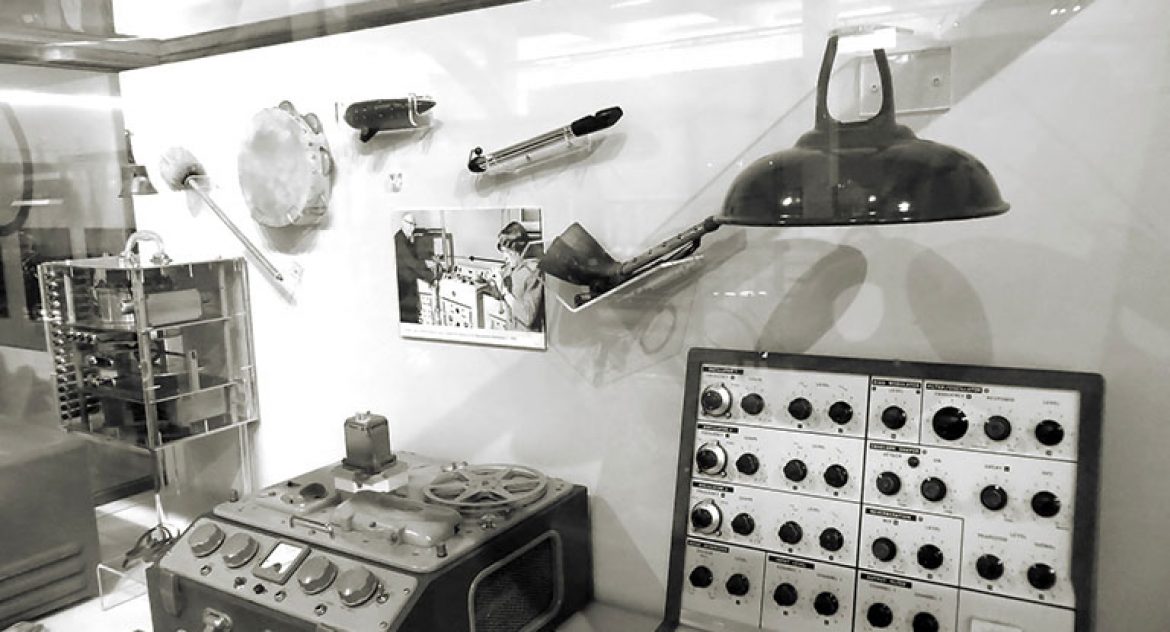 An anorak’s day out to visit the London Science Museum. The museum currently has a display of technology used in the BBC Radiophonic Workshop where sound effects were once created for documentaries, dramas and films. In the photo are shown artifacts from the Workshop including one of the Ferrograph tape machines used by Radiophonic composer Daphne Oram, an EMS VCS3 synthesiser extensively used by Dick Mills to create spaceship doors opening or closing and ray-gun sound effects for ‘Doctor Who’ during the early to mid 1970s and Delia Derbyshire’s magical and mystical ‘Coolicon’ lampshade.