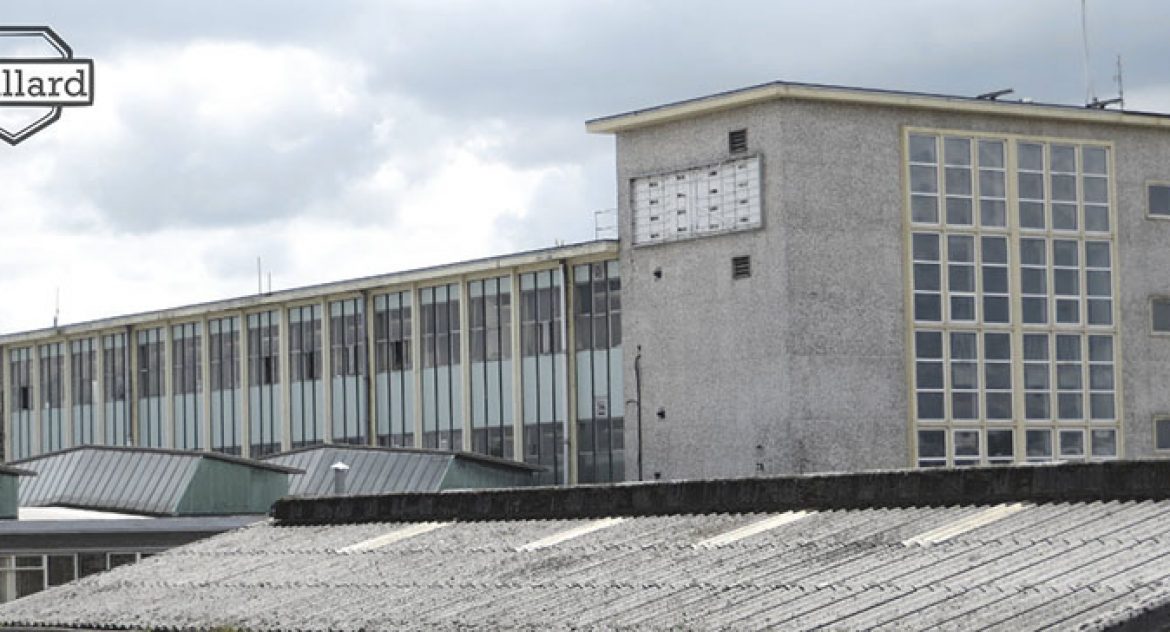 Here’s a photograph of ‘Ribble House’ (named after the river Ribble that flows through Lancashire) situated towards the North-West corner the Mullard Blackburn site. This elegant building, erected in the early 1960s, still stands bold and optimistic. The building just in front has distinctive roof windows typical of certain buildings from this era. Their purpose was to let as much natural light in as possible so that workers could more effectively carry out the delicate and complex aseembly processes in electronic component manufacture. Although many of the production processes were automated, a significant amount of the work had to be completed by hand.

However, Ribble House was not a factory but was utilised for administration purposes. If you take a moment and have a discerning eye you’ll see the clean, minimalist styling, eggshell-blue panelling and cream trim – written in the architectural details of this fine old building is a message from over a half a century ago. A story of an optimistic Britain that was back on her feet after the Second World War and getting on with the job rebuilding – moving in a positive direction. In 1960 there was still a car manufacturing industry, in fact there were several different car manufacturers within Great Britain making it the second largest motor vehicle producer in the world, the National Health Service and newly formed Central Electricity Generating Board were both nationally owned, Britain had its own space program and even television had begun broadcasting again. Everyone was looking to a better future.

It would be a sublime dream to see Blackburn Council take the initiative, perhaps through Lottery sponsorship or something similar to ensure this building is preserved as a monument or museum like the Philips museum in Eindhoven. A memory of this golden era in British industry and thermionic valve (vacuum tube) manufacturing. I think this is a matter of some significance. Part 3 – Mullard Blackburn Chemical Workshop