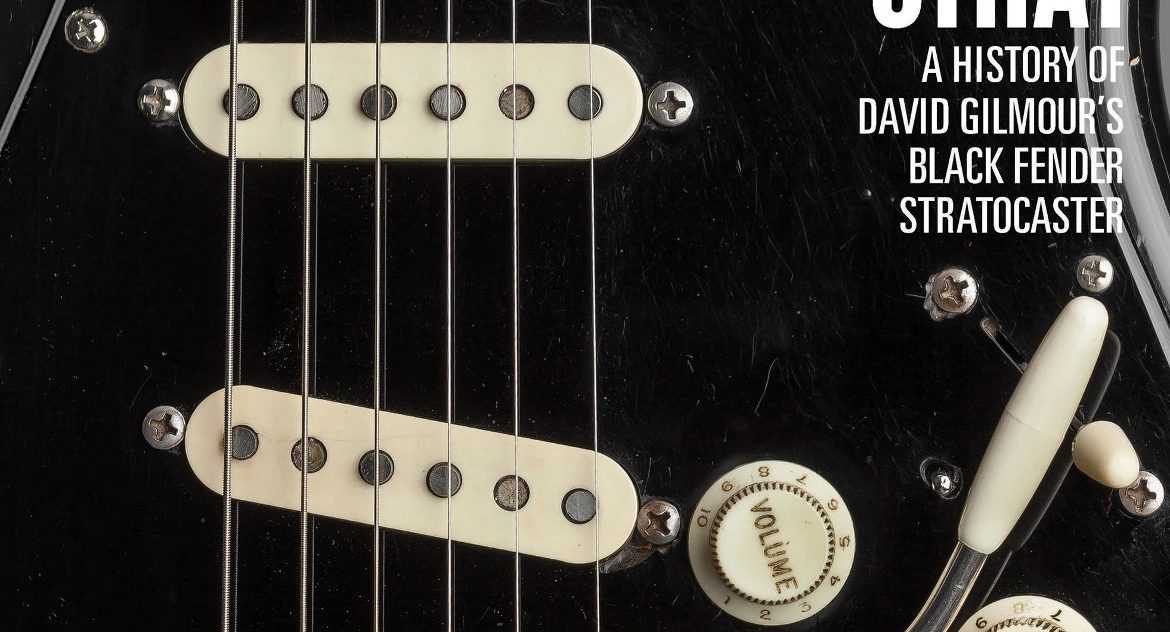 The latest edition of Phil Taylor’s ‘The Black Strat’ book is now on sale. This substantial, fourth edition contains an additional fifty pages of new material and includes the years between 2008 and 2017 that weren’t in earlier editions. Furthermore, this hefty book is busting at the seams with hundreds of photographs of Pink Floyd and David Gilmour’s tours, his Astoria and Medina studios, stacks of technical info on his amplifiers and effects—some super shots of Effectrode pedals in action—and esoteric, juicy details on how the black Strat has been tweaked and modified over the years in the quest for the ultimate guitar tone.

Written by Phil Taylor—not to be confused with the other Phil Taylor who designs vacuum tube effects pedals—Pink Floyd guitarist David Gilmour’s personal guitar technician and studio manager. Phil’s been the band’s chief backline technician since 1974. He’s responsible for all of the band’s equipment—guitars, keyboards, bass, drums, amplification and effectification both on tour and in the studio—and he’s the only person on planet Earth who understands more about the weird and wonderful workings of Pink Floyd’s equipment than the band themselves. The Black Strat book is an absolute must have for any serious Floyd fan or guitar gear geek: The definitive history of David Gilmour’s black Fender ‘Stratocaster’!