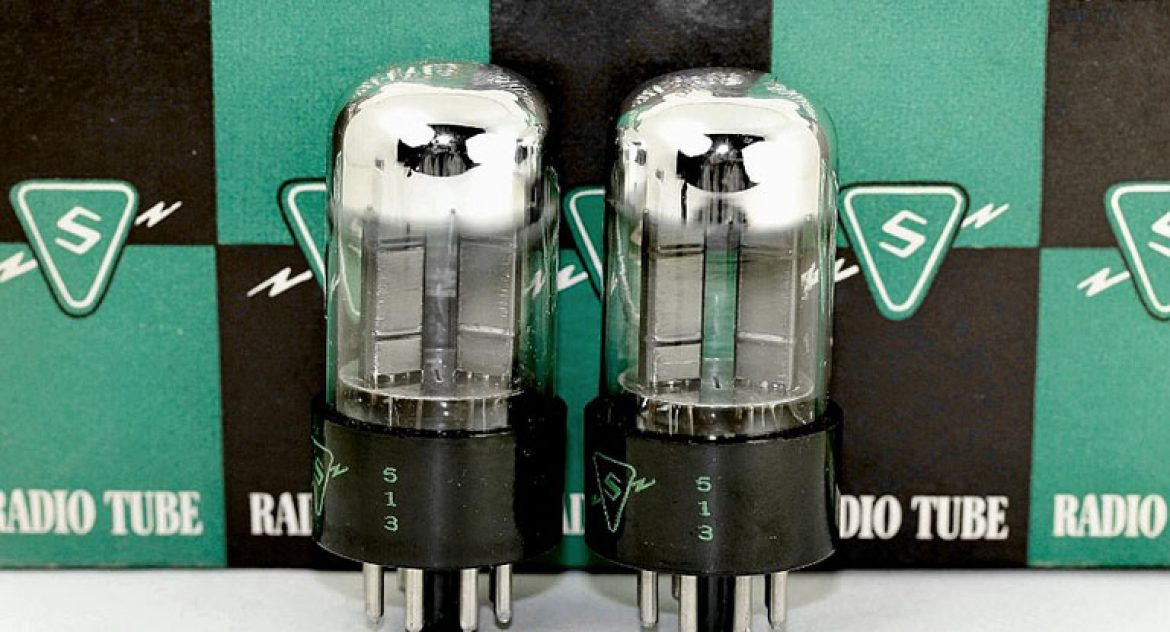 Effectrode effects pedals are built on a relatively new kind of vacuum tube technology — miniature and subminiature tubes. These glass base tubes gradually superceded tubes with bakelite mounting bases, for example, the 6SN7 dual triode, which was replaced by the 12AU7. The fact that the 12AU7 did not require a bakelite base not only made it more cost effective to manufacture, but it was smaller and it required less power to operate. Although Effectrode do not utilise tubes such as the 6SN7 in their effects pedals the 6SN7 is of historical interest as it was widely designed into consumer, industrial, and military equipment throughout the 1950s, and as a replacement tube was extensively manufactured in America until the end of its tube industry in the mid-1980s. You can find out more about the 6SN7 in this fascinating article, The 6SN7GT – the best general-purpose dual triode? written by John Atwood.