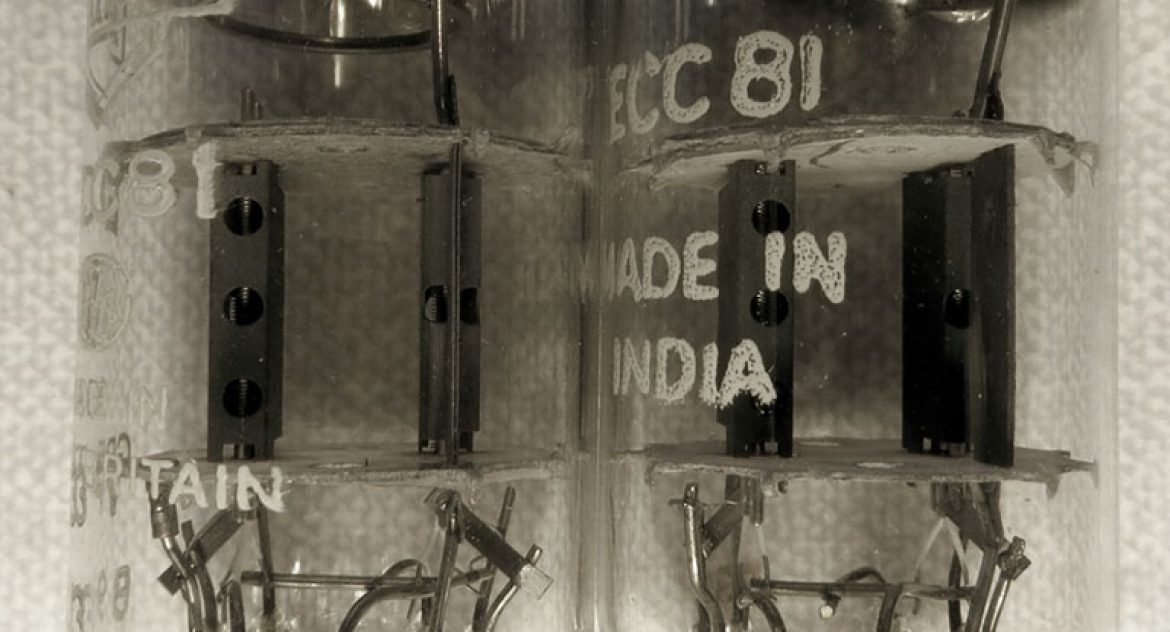 What? Mullard Tubes made in India

Mullard’s empire had a long and mighty reach. Not only did they build advanced tube manufacturing facilities in Blackburn, Southport, Mitcham in Great Britain, but also set up tube plants overseas in Holland, France, and even the distant shores of Japan (Matsushita), Australia (Philips Miniwatt, Hendon, Alberton) and India (BEL, Bangalore). These ‘foreign made’ tubes were manufactured utilising Dutch Philips/Mullard British-supplied tooling and expertise (“transfer of Technology” or “TOT”), which meant these tubes were physically identical to their British made counterparts in every way—they had the same shaped anode plates, support micas and electrode geometry, the same seamed glass envelope, the same spot welding, same grid wire spacing and, most importantly, the same cathode chemistry and processing.

The BEL (Bharat Electronics Limited) plant in India was set up in collaboration with CSF, France (now, Thales) during 1954 primarily to manufacture tubes to meet local defense needs (although the British Empire had long been in decline, India was still of vital strategic significance to the Commonwealth). During BEL’s early days production sub-components, such as plates, micas and other internal tube components were shipped out to their factory in Bangalore, India from Philips/Mullard HQ in Europe under their TOT program, but as the India factory established itself it began to undertake manufacture of all these components on site. Like Mullard, BEL improved the quality of life for people in Bangalore by creating unprecedented opportunities for skilled workers, engineers and scientists. An green campus bloomed from their humble single factory unit in Jalahalli as BEL went on to set up educational institutions, including a school for special needs, hospitals, fine arts clubs and sports facilities. Ultimately BEL ended up supplying tubes and internals back to various Philips subsidiaries!

The BEL plant was a cutting edge, state-of-the-art facility producing dozens of different tube types, including EL84 and EL34 power tubes as well as the ECC83, ECC81 and ECC82 receiving tubes for use in audio, RF and broadcasting. A significant quantity of tubes produced by the BEL plant were rebranded for the likes of ‘National’, who didn’t manufacture tubes of their own, they were simply a vendor rebranding them. The quality of BEL tubes was extremely good and in my opinion equal to tubes coming off British production lines. However, despite being made to the exact same specification and materials as British made Mullard tubes there are some that argue they don’t match the quality tubes made in Mullard’s Blackburn works at it’s zenith during the late 1950s and early 1960s. There may be a grain of truth in this as the quality of a tube is also determined by the care taken during construction by the operator and also environmental conditions, such temperature, humidity and cleanliness in which it’s made. However, there is one thing that can be said with absolute certainty: these Indian made tubes are way ahead of any tubes made today in terms of materials and performance—a quick spot check and comparison on a tube tester of a handful of ‘National’ branded BEL ECC81s with any modern ECC81 soon reveals that fact.

BEL were one of the last producers for Mullard during their final twilight years, but even they eventually expired and ceased manufacture of receiving tubes in 1980s. BEL are still a big company but now they only produce transmitter tubes and X-ray tubes for GE Catscan machines. Incidentally BEL are listed as one of the Philips factories in their tube code list, their code is “E”. If anything still remains of Mullard’s legacy, the tools and machines used to make the legendary ECC83, then it’s possible those machines may still reside in some gloomy and dusty warehouse in Bangalore. Perhaps they are standing in silence, waiting patiently for the day for someone who remembers or cares enough about the glorious days of Mullard to come along and resurrect them, bring them back into service, so that the world can once again know the finest quality ECC83s ever made.

You can read the earlier entries of the Mullard blog here and there more on BEL in this case study on marketing written in 1993 by S. Shiva Ramu professor, Indian Institute of Management, Bangalore.